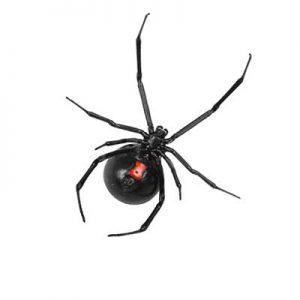 The infamous Black Widows is the only widow spider that exists in the Western United States. This spider is black with the famous, red hourglass on the underside of the abdomen. The female is shiny black with a row of red spots sometimes visible. The male is smaller than the female, with white lines on the side of the abdomen. Its venom is highly toxic, reported to be 15 times stronger than the prairie rattlesnake. Its web silk is stronger than most other spiders. The Black Widow lives under stones, near entrances to abandoned rodent burrows, or outbuildings.

Reach out to our friendly, expert team today. We'll help you with your pest problem no matter the magnitude.
Hours